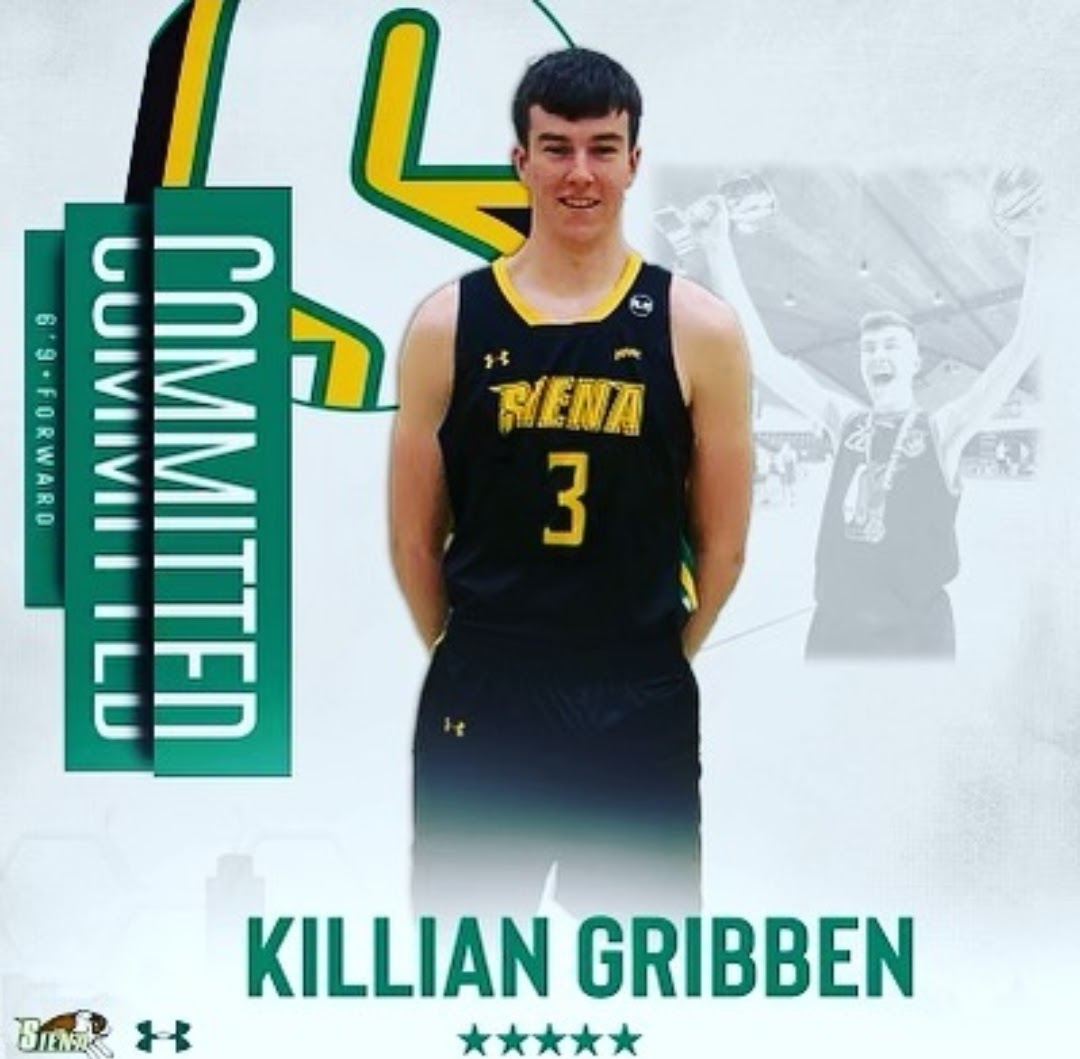 Killian was a standout athlete at two SDA Elite Invitational Camps where he was easily recognisable as one of the best post players at camp. He showed true leadership skills throughout that camp and impressed a number of American college coaches with his work ethic, basketball IQ and post presence. Killian’s SDA Camp highlights and SDA Player Profile put his talents in the shop window and served as the starting point for many interested American prep school and college coaches. One of the interested coaches was SDA Coach Drew Dawson who is the head coach at top prep school Choate Academy. Killian ended up earning a spot to play at Choate Academy Prep school where he excelled as an inside player on both the offensive and defensive end.
After a successful campaign at Choate Academy Killian committed to Siena College who compete in the Metro Atlantic Athletic Conference, Division 1 (NCAA). Killian is just beginning is college career and will aim to make a big impact with Siena College over the next few years. Killian also represents Ireland at U20 level where he has been a major factor to the team’s success and will continue to wear the green jersey into the future.
“SDA was critical in both developing my skills at the Invitational Camp, and then getting my game out there through my highlights and through the SDA Player Profile Service. SDA enabled me to follow my student-athlete dream to play and study in the USA. Every young athlete who is serious about reaching their potential should be a part of SDA” – Killian Gribben (Siena College)
“We are so very grateful that SDA exists. It provides a service that is badly needed in Ireland which is to help educate both athletes and parents on what is involved with the scholarship process. The SDA Elite Invitational Camp was excellent in terms of player development and SDA made the scholarship process much clearer for everyone involved. SDA is an invaluable service to any aspiring Irish student-athlete (and parents) who want to know what it takes to get to the next level” – Brian Gribben (Killian’s Father)
SDA is very proud of Killian and what he has achieved to date, and we wish him continued success into the future!

Register your interest in the 2023 Elite Invitational Camp now!

The SDA Elite Invitational Camp is back in 2023!

SDA runs Ireland’s most Elite basketball camp where the best student-athletes in the country are invited to compete against the best, develop their skills through top coaching, and help to get their game noticed in the USA. Register your interest now

SDA is launching a brand new Athlete Profile Service to give student-athletes the power to pursue their dreams in the USA. Stay tuned for updates soon! [more]

SDA is delighted to partner with HOOPSLife to help support the growth of Irish basketball development into the future. Learn more about HOOPSLife HOOPSLife

Effective leadership is essential in any sports organisation, both in the boardroom and on the training pitch. Leadership in Sport is the first textbook to examine sports leadership in the round, across both management and coaching environments [read more]