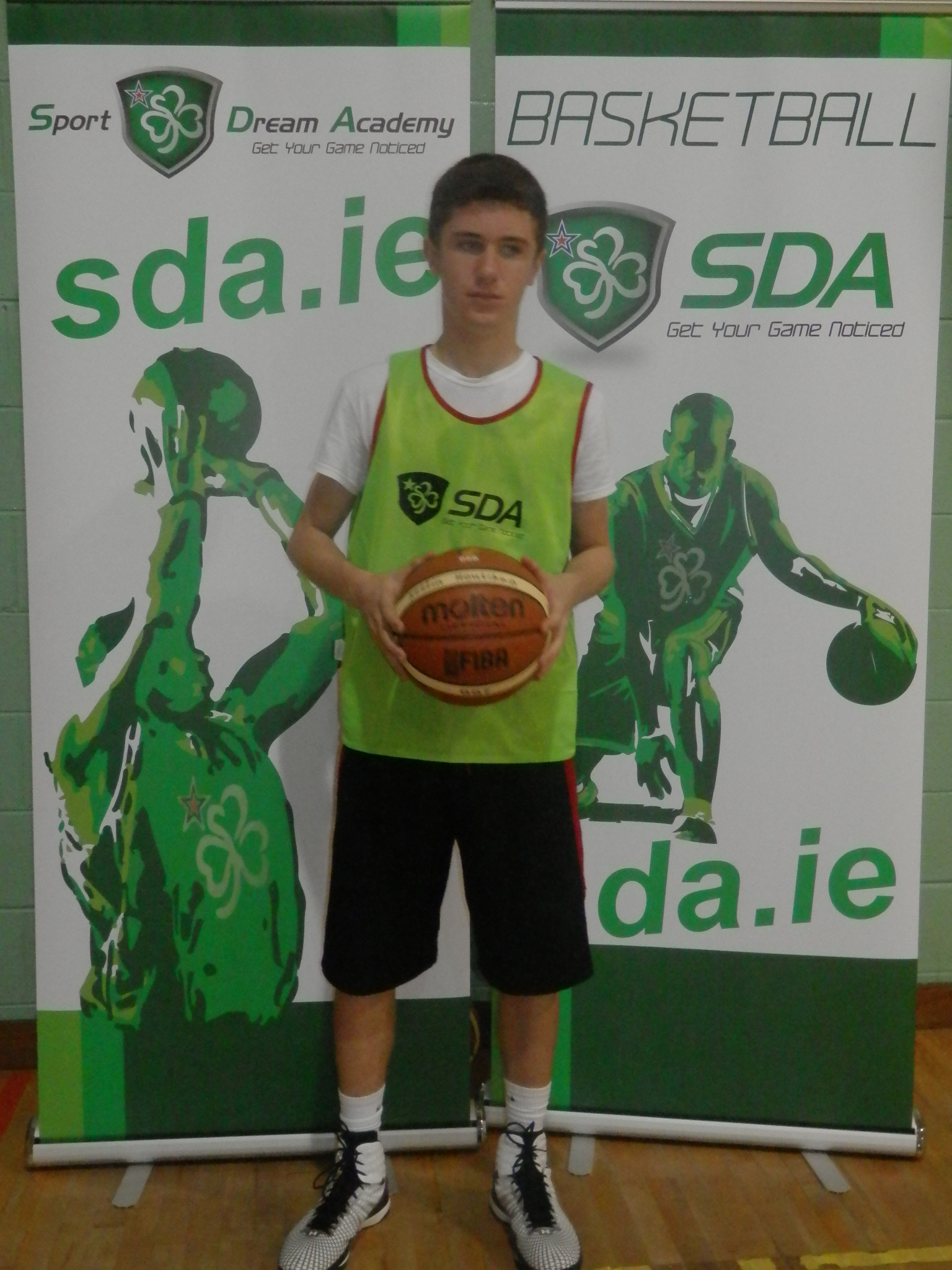 Eoghan has been a standout player at the SDA Elite Invitational Camp Structure since 2014. The Moycullen star has grabbed attention on his Galway school and club teams since he began to play the game, and Eoghan made an impact immediately at SDA through his athleticism, ball-handling skills, offensive decision-making and tough defence.

“Eoghan is a great kid and a talented young player who has a chance to make an impact at the prep school level in the US” – Coach Pete Schwethelm (SDA Coach 2013-2016).

Eoghan and his family learned how to navigate the US scholarship opportunity domain with help from their SDA experience since 2014, and after a very good performance at the 2015 SDA Elite Invitational Camp, Eoghan purchased an SDA Player Profile Subscription to help get his game noticed in the USA.

“Eoghan did extremely well at the 2015 SDA Invitational and had very solid camp highlights which he then posted on his player profile – as a result prep school coaches became quickly interested. Another key aspect here is that Eoghan is a good student and a great kid, which is very important to US prep school coaches” – Dr. Paul Cummins (SDA Founder).

The Gunnery Prep School is an excellent academic and athletic institution that takes pride in facilitating learning both on and off the basketball court. Eoghan Kelly is a good fit for the school and the league and the opportunity to grow his game and his character in a new environment is very exciting.

“Eoghan was one of the top players at the 2016 SDA Elite Invitational Camp and I look forward to coaching against him next year in Connecticut” – Coach Drew Dawson (Choate Academy Head Coach).

SDA would like to congratulate Eoghan and wishes him all the best in his student-athlete adventure in the USA which begins this Autumn.