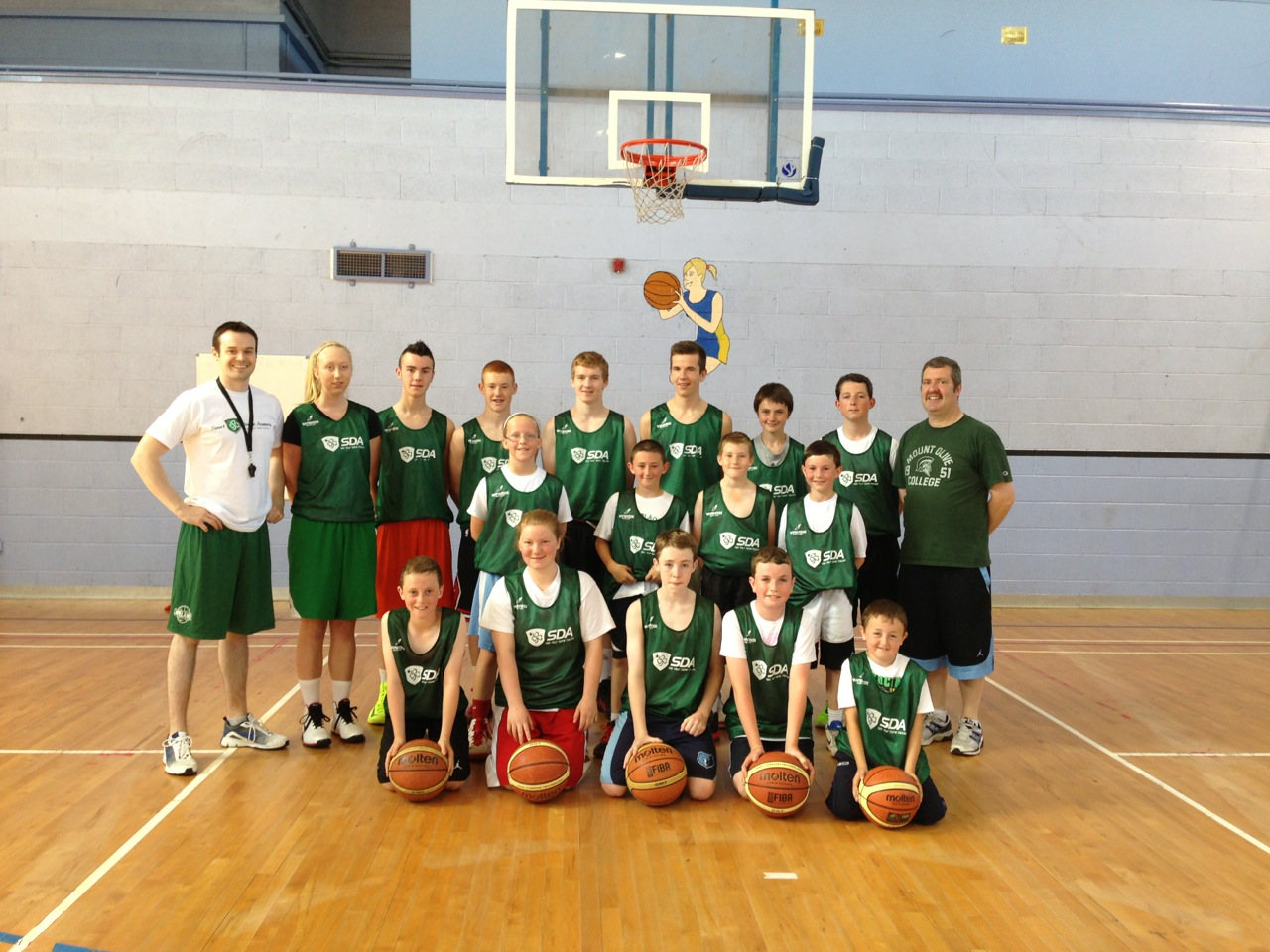 SDA Academy athletes have made a splash in Irish Basketball this year!

For the last 3 years the SDA Kildare Academy Sessions have had a wonderful turnout of top youth basketball players in County Kildare. Year on year some of the most promising youth hoopers (aged 8-18) work on their skills with some excellent local coaches.

“I am always amazed at the attitudes and work ethic of these young athletes – they consistently come to the sessions with a singular focus on getting better. As such they leave every session an improved individual and team player” – Paul Cummins (SDA Founder)

And all of this hard work has not gone without its reward. The Portlaoise Panthers recently won the All Ireland 1B Championships; a team with no fewer than 6 SDA athletes including Dylan Phelan, Gary Morrissey, Darren Moore, Rian O’Connell, Ben O’Reilly, and James Phelan. Even more recently St. Marys C.B.S (PortLaoise) won the U14 All Ireland school championships and many of the players above also starred on that team, including MVP Dylan Phelan. And just this past Easter, the Kestrels U16 boys club team won the U16 All-Ireland B-Championships. SDA athletes on this team include Dylan Dunne and Jordan Fallon. All teams put in great performances and both individual skill and team-play was on show for all to see.

“It’s great to see the young guys play to their full potential and get what they deserve” says Conor Foster, a former SDA athlete himself and a big part of why Kestrels have grown into a national powerhouse in recent years.  Conor now coaches youth players at the SDA Kildare Academy Sessions.

SDA prides itself on providing top level coaching and an elite competitive environment. The sessions are 2 hours of intense drills, competitions and game-like situations where athlete stats are recorded and fed back to the players so they can track their progress.

Another Kestrels star and former SDA Academy standout, Conor Vandendries, now provides invaluable coaching to the SDA Kildare Academy athletes. “I am delighted to be able to give back and see young players progress session after session’.

“The beauty of any sport is the simple equation that rings true for any developing youth athlete: WE (work ethic) + P (potential) = S (success). And there is plenty of potential in the county of Kildare. The recent U14 championship wins by athletes who have been with the SDA initiative over the last 3 years shows that when hard-work is matched with potential, success is sure to follow!

SDA would like to congratulate all of the Kildare athletes who participated and represented the county so well in basketball at the youth level!!!